For the second installment of our £250 beginners Airsoft challenge we speak to Dave D, long time Airsofter and avid "real-steel" shooter (a term I know he'll absolutely loathe!) You will see his real world shooting experience show in the package he has put together, as his priorities differ vastly from the previous entry, which was focused on getting as much as we could to play with the budget.

Just what is the £250 Airsoft challenge?

Instead of reeling off the top ten guns for beginners in 2019, we've decided to do something a little different. We talked to all our staff members and gave them a £250 limit to put together a loadout they would be comfortable starting Airsoft with if they were suddenly a new player again. Hopefully, this will give new players ideas on what they can get for their money.

Each staff member has picked what they would use for their beginner loadout, including all the things they need to start playing. Of course, with a £250 limit, there is always room for improvement, but these load-outs give a great solid base to start expanding on at a later date.

As we had hoped, each loadout turned out slightly different, as all of us have different ideas of what we want from our kit; knowledge which we will now try to pass on to yourselves.

Over the next month, we'll release a series of blog posts describing each staff members choices, and why they picked them.

The priority for his loadout is future proofing himself and retaining as much value on items as possible.

Dave has chosen the CM.513 because he wanted to leave room in his budget for a higher tier optic – as a “real-steel” shooter he understands the importance of a decent red dot sight and cannot compromise on quality, with good reason! He’s made the choice to go for a cheaper RIF, however when stacked side by side I bet you wouldn’t be able to see a performance difference between this and a replica that costs twice as much. The only sacrifice he is really making here are on ‘extras’ such as an electronic trigger, metal receiver etc. At the end of the day, you pull the trigger and a BB comes out the end of the RIF. Replicas can be upgraded whereas a cheap sight will forever be a cheap sight. 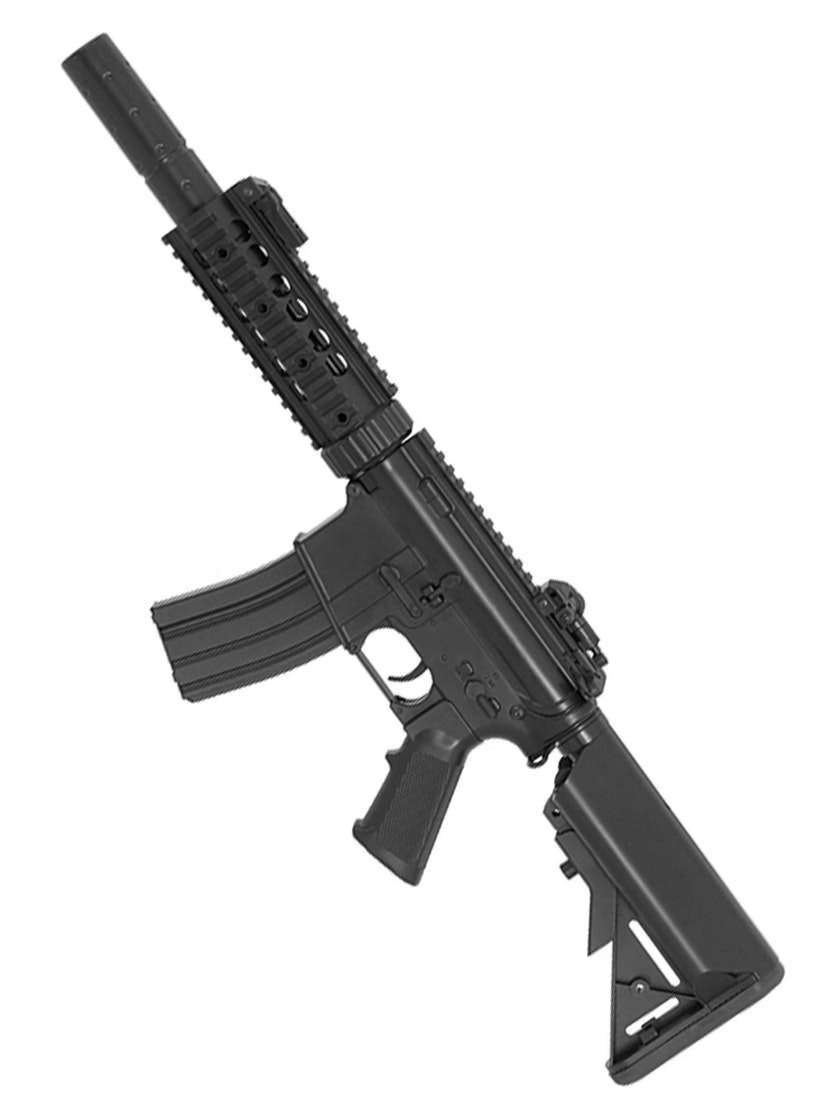 Find out more about the CYMA CM.513 M4 RIS Suppressed > 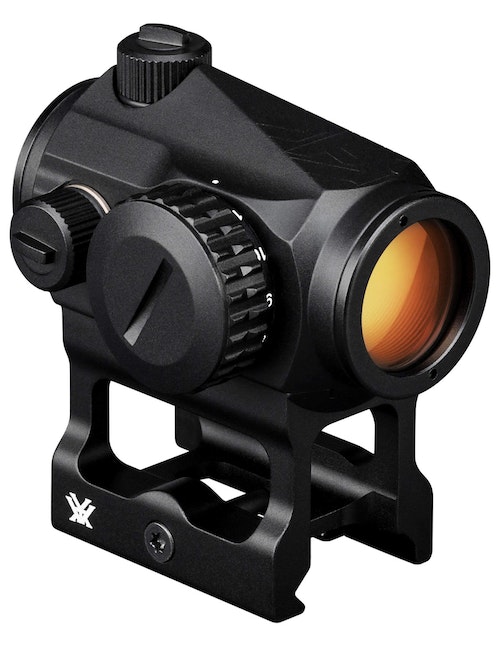 The Crossfire is an entry level Vortex sight; I’m sure Dave would have liked a more expensive one as he understands the benefits of first focal plane reticules etc, however the budget is key here! For his £145, Dave has now got a real-world optic which has been designed to sit on a proper firearm, will hold zero (the dot won’t move around) miles better than a cheap sight, has a LIFETIME WARRANTY meaning he doesn’t have to run a lens protector if he doesn’t want to, and at any point he can change his mind and sell it on easy as cake without losing much money because the warranty goes with the product, not the receipt, making them hold their value. Parallax is another important reason for this optic choice; on a cheaper sight your dot will float around as your head moves, whereas a higher tier optic will be able to correct for this and could end up being the difference between a hit or a miss – a margin of error that is unacceptable for a seasoned shooter.

Find out more about the Vortex Crossfire Red Dot Sight >

These BBs were an easy choice for Dave as they are his favourite weight along with probably every other member of staff. They’re just a bit heavier than a 0.25g which lets you get a lot of HOP on for increased range, they travel straighter in the air due to the extra weight and they’re reasonably priced to be feasible to run in an automatic Airsoft Gun. Bulk buy options are available on the RZR series, however that would have pushed our budget for today! 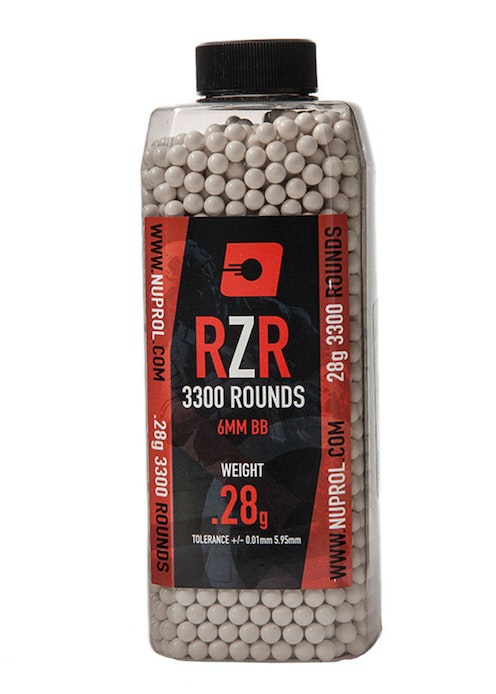 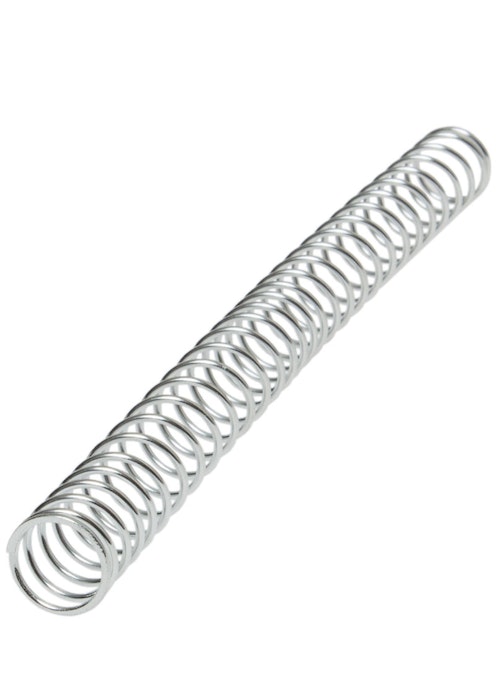 Because power!!!! The CYMA guns come out of the box generally at the 280FPS mark which is absolutely fine for Airsoft skirmishing, however Dave has never been one to leave something alone. If there’s a gain to be had he will get his way! As the CYMA guns typically have very good air seal out of the box, the only necessary upgrade to boost the power to a point where 0.28g are not slow is a bigger spring, and to run the gun right on the limit. (It’s worth noting here that installing this spring yourself would void your warranty. If you want a similar job completing, please contact our workshop.)

So, let's tally together everything in the basket to make sure we're on budget:

So this is what Dave D would purchase as a completely new player to the game, with all the knowledge he has now after many many years of Airsoft skirmishing. His priorities are vastly different to the previous blog, and his investments will retain a great amount of value, mainly due to the lifetime warranty on the Vortex optic, and the fact that the AEG has such a low price point to begin with. Neither loadouts are more "correct, we simply have different ideas of what Airsoft are, and this is the important question you need to ask yourself; what is Airsoft to you?

The next blog will be published shortly and will be a look into another member of staff's choices for their Airsoft beginner loadout.

In the meantime: What would your ideal loadout for under £250 be? Let us know in the comments below and you never know, we might just feature your loadout too!

Written by PatrolBase Milky, who has written a total of 3 posts.

Phone Lines open Monday to Saturday 9:30am to 5:30pm, but don't forget our Shop opens for late night visits Thursday until 9:00pm!